7.8out of 10
Official Waldo Review

This is one of my favorite games this year. The controls are a little difficult at first, but with a little practice, this becomes an incredibly fun and challenging game. You'll find yourself wanting to get better and better the more you play. The UI and UX designs are well thought out. From the icon to the title screen, this game grabs you! I really like the simplicity of the graphics and the use of colors. This is a prime example of less is more. Gameplay longevity is short but sweet - I was sad when it was over, but I enjoyed the journey. It's like watching an action packed movie. Lastly, I felt like the storyline provided a nice touch to the game. It gave the game life. Overall I recommend this game as a must have! 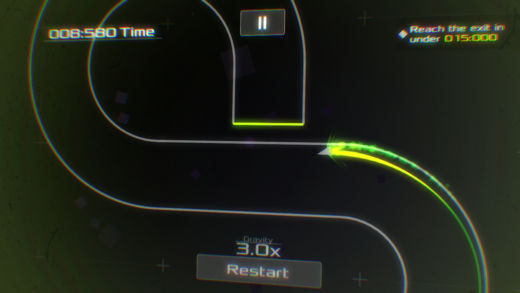 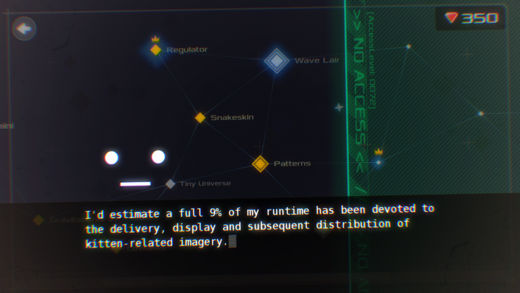 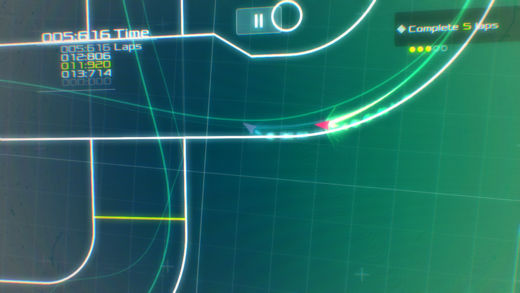 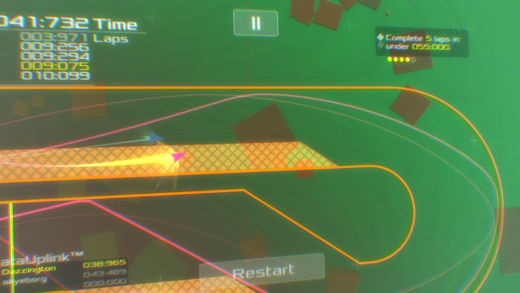 Blast through a stylish, neon landscape in this story-driven, racing adventure. DATA WINGs deliver critical data throughout the computer system, following Mother's orders without question. But when the system comes under attack, and Mother becomes irrational, something must be done!

This game was given a score of 7.8/10 which is good. Anything above a 5.0 is considered a great game. Below is a breakdown of the elements that were factored into the rating for this game. Even though Waldo's reviews are based on personal opinion, each game's rating follows a strict confidential rubric system for fairness.

User Interface Design (UI)
User interface is flawless.
User Experience Design (UX)
User experience is flawless.
Game Design
Game displays some but not all of the following: original character design, level design, object design, sequence / interaction animation, special effects.
Learning Curve
Basic gameplay was easy to figure out, but some instructions were required.
Difficulty Progression
Difficulty progression was smooth yet challenging.
Playtime Longevity
It is a game that you will want to play for a week, but nothing more.
Sound Design
Both the music and sound effects were well thought out, well produced and original.
Fun
So much fun that you can not stop playing for hours, in fact when you do put it down, it is because of another reason (low battery, need to eat, use bathroom) all you can think about is how fun the game is.
Concept Originality
Uses a concept that has been seen or used before but adds a very unique twist to that concept that makes it original on its own.
Post Production
Post production contains a well written description, screenshots, video and icon design.