7.6out of 10
Official Waldo Review

Icycle is a game with amazing visuals and unique gameplay. Each level and interaction feels like you are navigating through a movie or painting from a museum. Each level is broken into what feel like cut scenes as you push forward not really knowing what to expect next. The controls are simple, you can move left and right and you can jump, but as far as typical platformers go, this one takes the cake for originality. At no point do you really understand what is going on, but in a beautiful way. Sounds confusing? Just download this game and it'll all make sense. 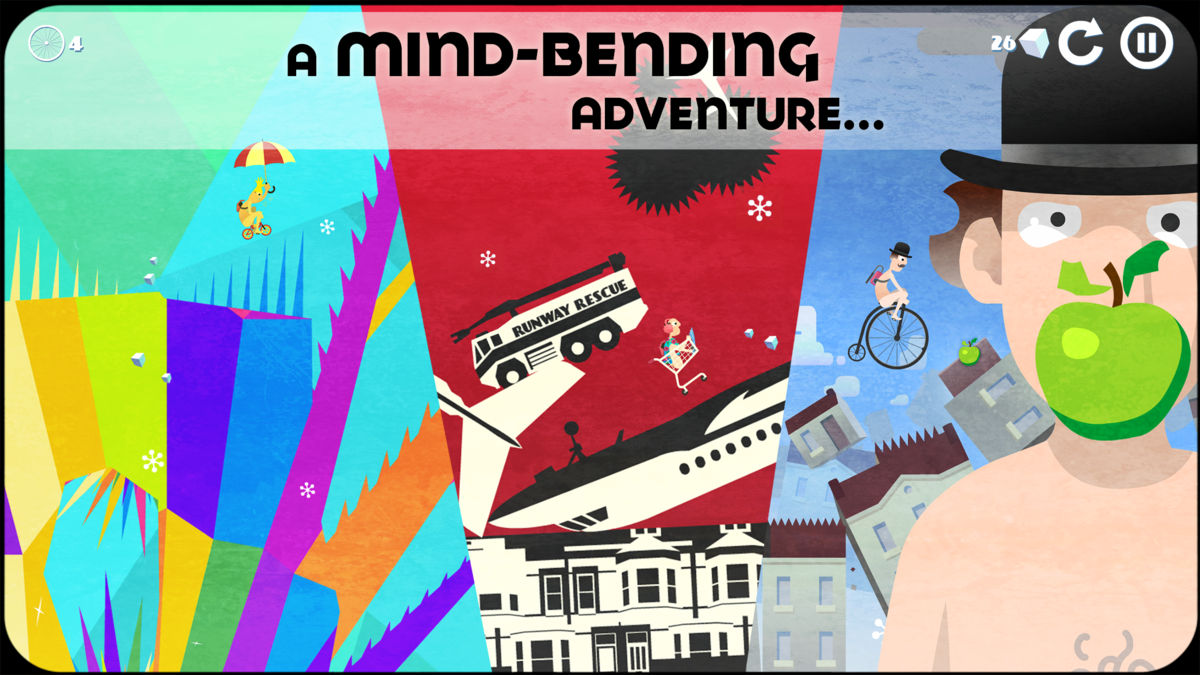 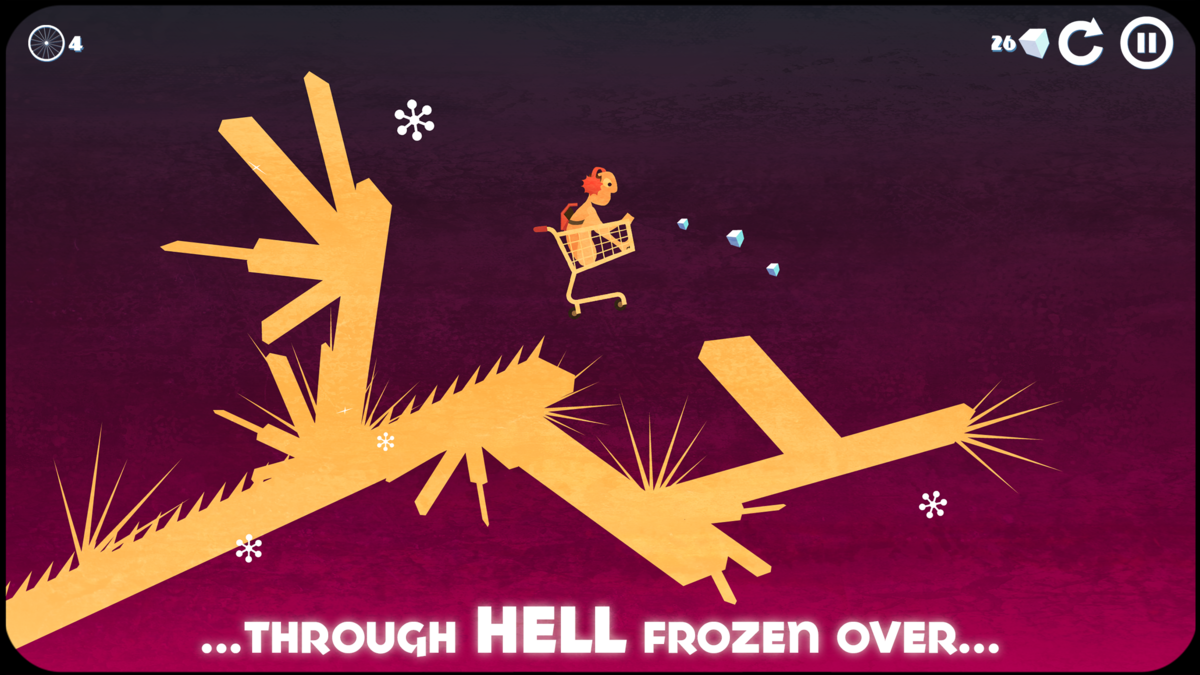 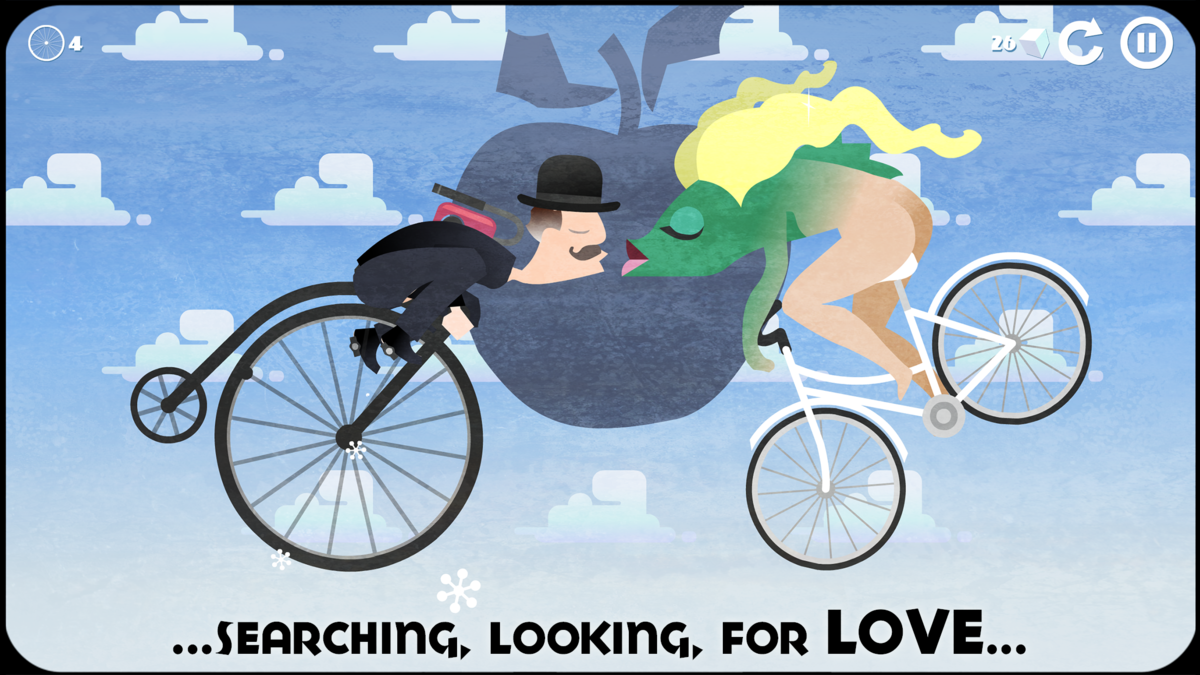 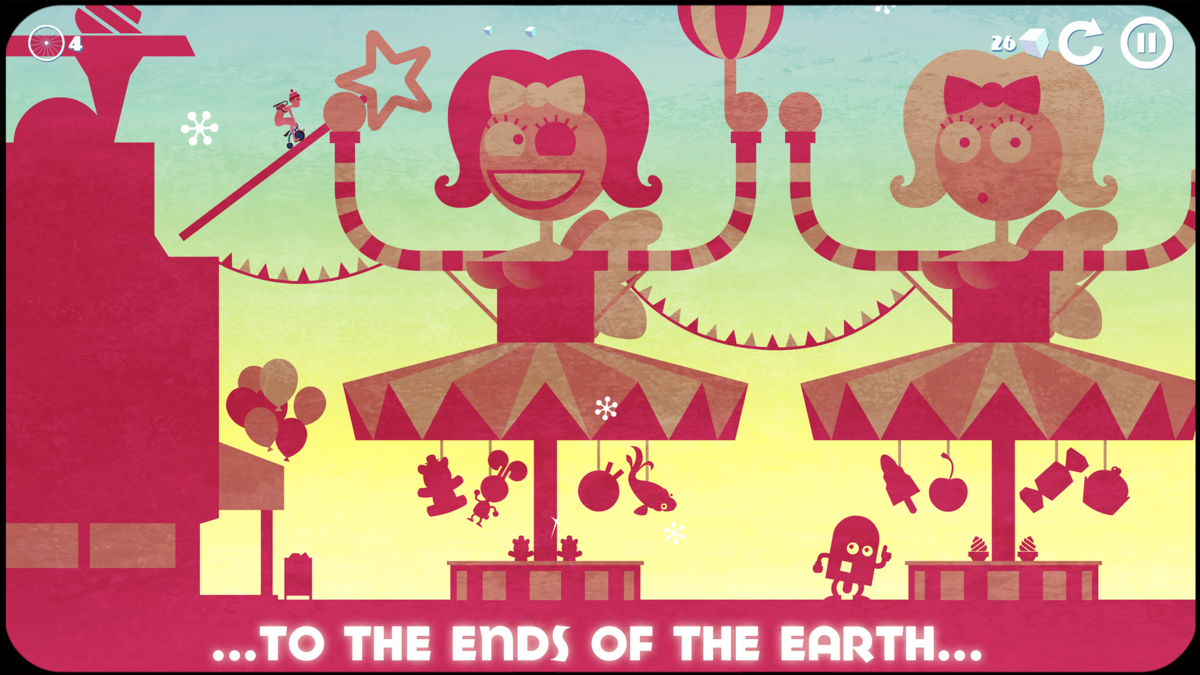 FIND LOVE IN THE MOST UNLIKELY PLACES
Help Dennis find love in an icy world that’s not as frozen as it first seems. Ride through collapsing cities and fairgrounds, hop over dormant battlefields and explosive wedding cakes, float down dark ravines, through hostile shopping centres and over a skyline of legs, while poor Dennis is teased and taunted to the fringe of despair.

AN ADVENTURE INTO MADNESS
From its jaw-dropping scenery to bizarre creations plucked from Dennis’s sub-conscious, award-winning studio Damp Gnat draws inspiration from art, film, and comedy to deliver an experience that is beautiful, sad, hilarious, compelling, and fun all at once.

This game was given a score of 7.6/10 which is good. Anything above a 5.0 is considered a great game. Below is a breakdown of the elements that were factored into the rating for this game. Even though Waldo's reviews are based on personal opinion, each game's rating follows a strict confidential rubric system for fairness.

User Interface Design (UI)
The game opens up into a cut scene that feels like something out of a James Bond movie. The UI is hard to comment on because you are placed into
User Experience Design (UX)
I found it difficult trying to navigate this game. Everytime I open up the app, it starts off the cut scene and then jumps to Level 1, even if you beat Level 1 already. It took me a minute to realize there is a menu up top that lets you jump to where you left off.
Game Design
I have to give a perfect score for game design. Everything from the graphics, to the unique levels that make you feel like you just dropped acid, to even the bits of comedy sprinkled in - everything is perfect. This game is a graphic designers wet dream.
Learning Curve
Super easy to pick up and play.
Difficulty Progression
Difficulty progression was smooth yet challenging.
Playtime Longevity
It is a game that you will want to play for a week, but nothing more.
Sound Design
I found the sound effects to be a little annoying after a while. The bicycle started to feel like nails on the chalk board.
Fun
This game is mostly visually entertaining. As far as game play goes, it didn't offer much. Move to the right and jump. The game was more of an interactive art piece than an actual game.
Concept Originality
Full points for originality. I've never seen anything like this before. Well done.
Post Production
For a game with such strong visuals, I was so disappointed with the screenshots chosen for this product.