8.4out of 10
Official Waldo Review

Donut County was a user submitted entry and it caught my interest because I've seen the freemium knock off on the top charts for a while, called Hole.io. Personally, this felt like a better experience to me. Everything in this game was done so beautifully. The artwork, the levels, the puzzles and even the music. You can tell Ben Esposito spent a lot of time and effort making this game perfect. My only REAL complaint with this game was the story. It just felt boring to me. I felt like it took away value from this great game and after the second act, I just wanted to skip through it. The cinematography was done really well, I just wasn't a fan of the dialog. Otherwise, it was amazing. 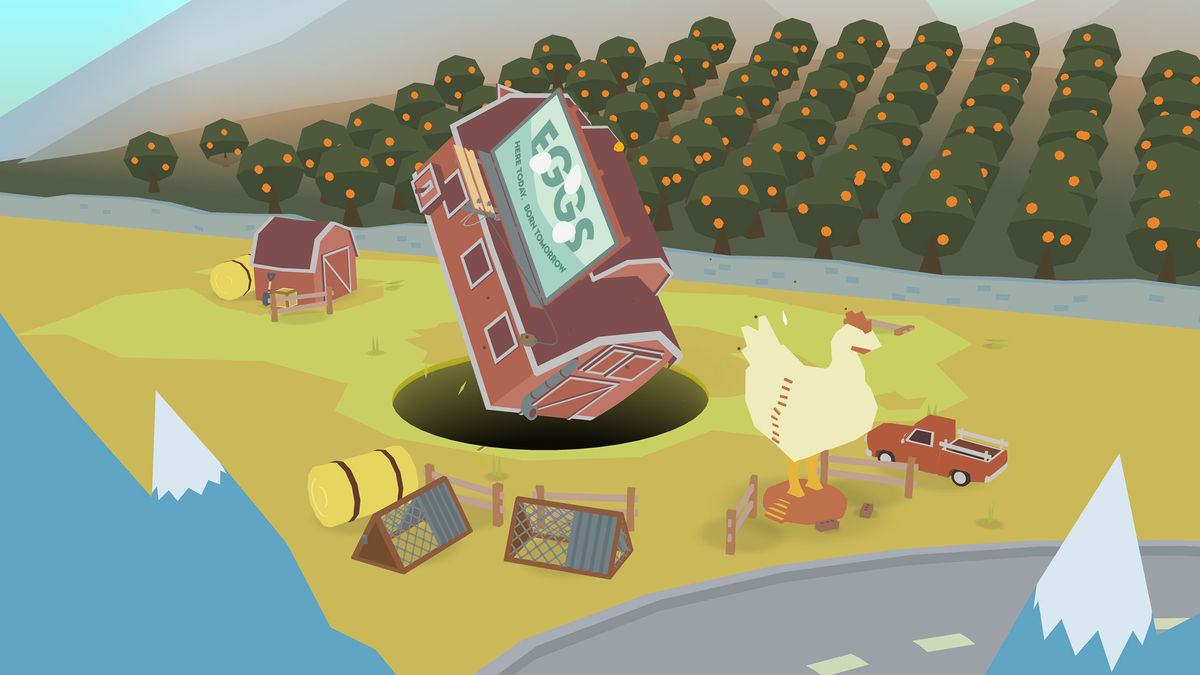 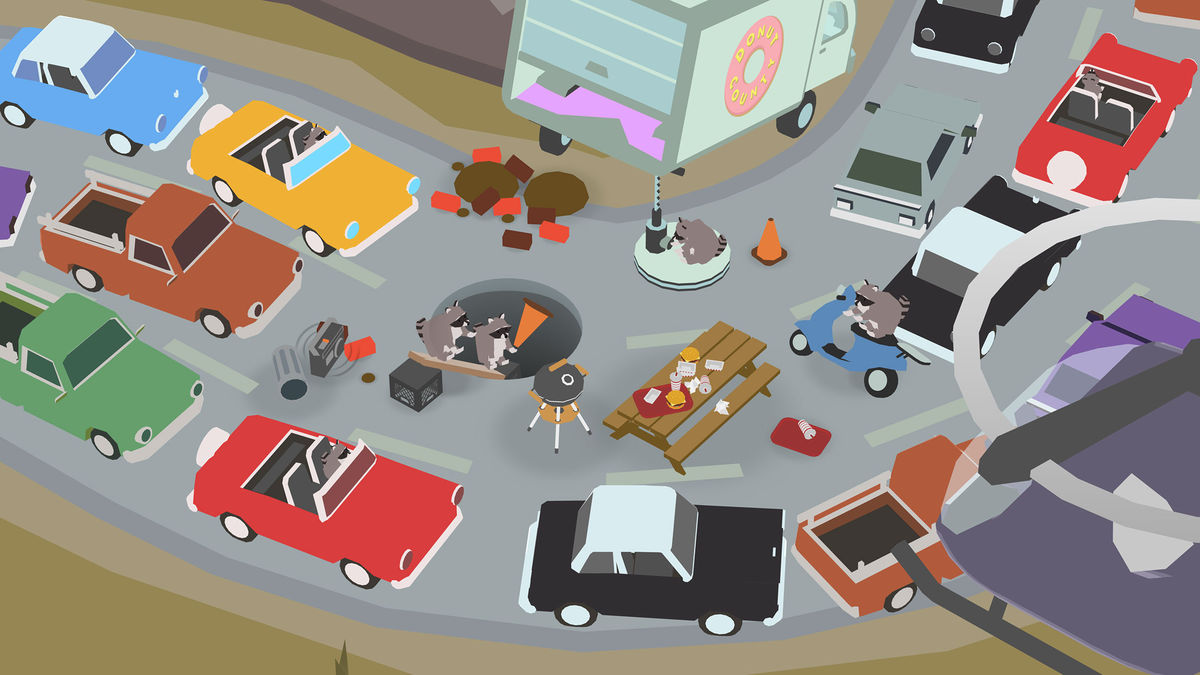 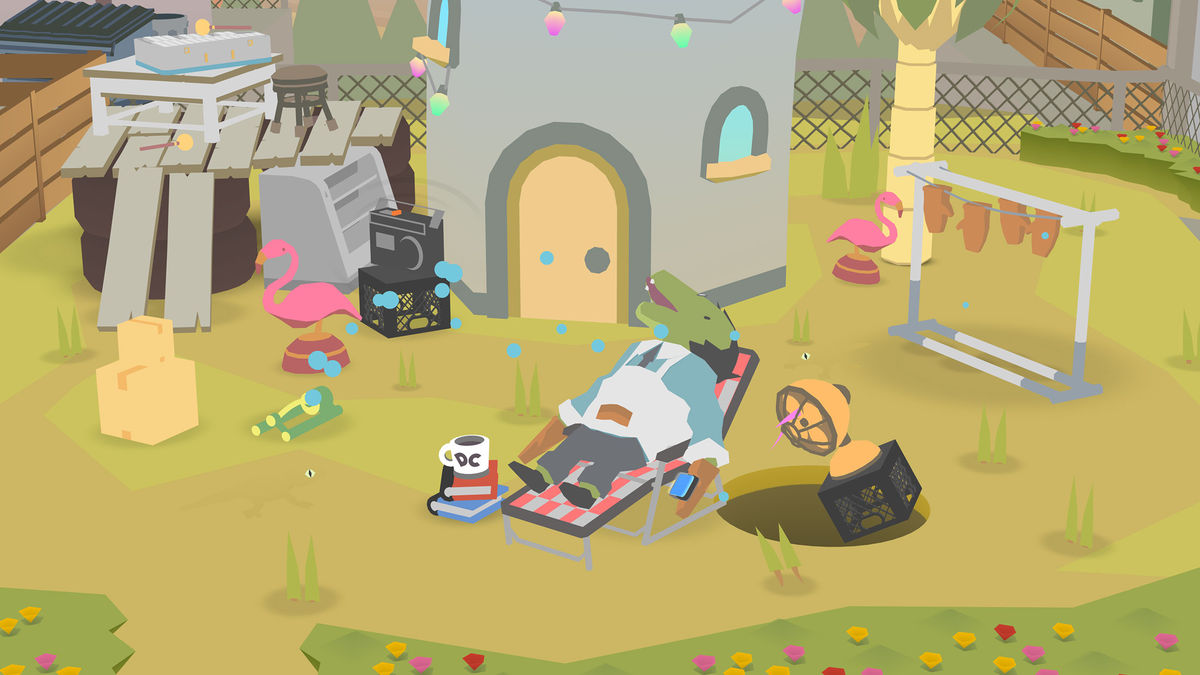 Donut County is a story-based physics puzzle game where you play as an ever-growing hole in the ground. Meet cute characters, steal their trash, and throw them in a hole.

WHERE TRASH IS TREASURE
Raccoons have taken over Donut County with remote-controlled trash-stealing holes. You play as BK, a hole-driving raccoon who swallows up his friends and their homes to earn idiotic prizes.

When BK falls into one of his own holes, he’s confronted by his best friend Mira and the residents of Donut County, who are all stuck 999 feet underground… and they demand answers!

Donut County was created by Ben Esposito, designer on What Remains of Edith Finch and The Unfinished Swan. It is the result of six years of solo development, dozens of donuts (for research), and one fateful encounter with a raccoon.

This game was given a score of 8.4/10 which is good. Anything above a 5.0 is considered a great game. Below is a breakdown of the elements that were factored into the rating for this game. Even though Waldo's reviews are based on personal opinion, each game's rating follows a strict confidential rubric system for fairness.

User Interface Design (UI)
I would say the UI is done really well. Fonts, colors, animations, sequences are all done beautifully.
User Experience Design (UX)
User experience is flawless.
Game Design
The design of this game is beautiful. The graphics, the levels, the animations, the cinematography are all done so well. My only complaint is the story. Personally, I didn't find it very entertaining and after the first level I was desperately trying to skip it. To me it just felt weird.
Learning Curve
Game required no tutorials or instructions to play.
Difficulty Progression
Game difficulty progressed to a certain point but then became either too easy or too difficult.
Playtime Longevity
It is a game that you will want to play for a week, but nothing more.
Sound Design
Both the music and sound effects were well thought out, well produced and original.
Fun
Fun enough to make you play for hours even when you have other responsibilities or things you should be doing.
Concept Originality
Uses a concept that has been seen or used before but adds a very unique twist to that concept that makes it original on its own.
Post Production
Post production contains a well written description, screenshots, video and icon design.