A couple of months ago I was talking to a fellow game developer who just released a game that might just win an award for game of the year in 2018. I asked him if he had any advice for someone trying to make this a career. One thing he said that really stood out to me was, make your game an impactful experience. If your game can leave an impression on someone that makes them think about it after they've put it down for a while, then you've done your job.

At first this felt like an obvious statement, but the more I started to think about it, the more I realized how important this really was, and that most games fail to do this - even the successful ones.

Over the summer last year I went through some rough times emotionally that had me question my reality. "What is the point?" was a common question I kept asking myself for basically everything I did. I reached a point in my life that I felt like I had failed, and there was nothing left for me in this world. For those following my journey, this happened right after I announced in my first video that I would be vlogging every week. I came really close to being in a dangerous place of no return. Instead I chose to get better, but it wasn't easy. It became an adventure that I still work through to this day.

Through this journey I sought out answers to my questions, but along the way I realized it wasn't the answers that I needed, it was the journey itself. So Five Stages of Grief is not just an idea for a game, but a creative reflection of that journey. One that will interpret through art, music and adventure the hardships I went through and the struggles I needed to go through to come out stronger than I ever thought I could be. 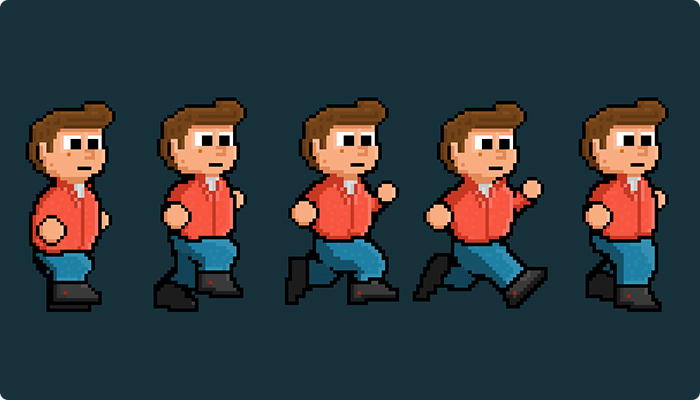 This game is going to be a big project for me. I am currently a one-man team. I will be coding, designing, illustrating and even doing the music and sound effects all by myself. Because of that I will have full creative control over this project. This game is going to be a piece of me that I share with you, but it's going to take a lot of time to build. Don't expect a full release for a while. 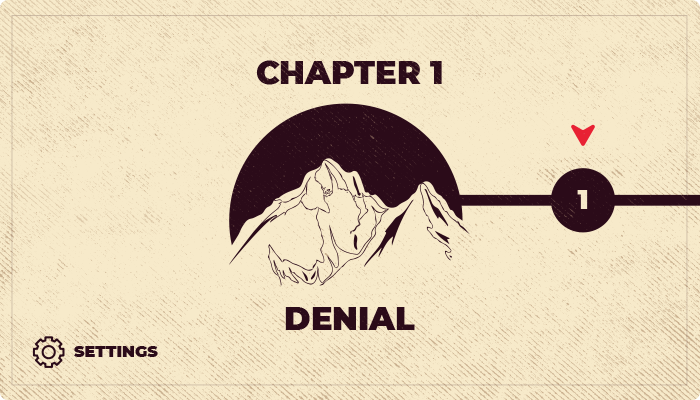 The above screenshot is of a menu I am currently drafting concepts for. This game will feature 5 worlds, each representing stages of grief. The first one being denial. Each world will have anywhere between 10-15 stages. The game features a man who suffered a great loss, now lost in a pixelated world where he must fight through his demons (quite literally) to get back to reality.

The game will feature a storyline, inspired by events that happened in my real life (an incredibly exaggerated version) that will reveal itself as you move through the game. You start off confused and unsure of why you are here, what your purpose is and you start questioning reality. As you play through the game, the answers to those questions become revealed to you.

If you are interested in staying in the loop of my new game, be sure to subscribe to my weekly newsletter where I share exclusive information about this game as well as keep you in the loop about my newest tutorials and picks of the week.